What can I enter? 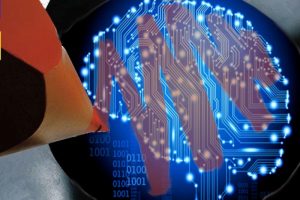 How did your program learn this?

Most parties have their program as PDF on their website. I downloaded these and cut them to single sentences. After , his I “trained” the neural voting advice application sentence by sentence by asking it “what party had this sentence in their program?”. Because the “Party for freedom” (right-wing populist party) has a one-page program I downloaded all tweets of their leader Geert Wilders instead. On a set of sentences it never saw before my program guesses the origin correctly in 55% of the cases.

Why are some of the words replaced by _UNK?

During the reading of the texts, all words that occur less than five times are removed. If you only see these words a few times you are not able to know what they mean in a context. They thus don’t contribute to determining to what party they belong. This neural voting advice application replaces these words by _UNK.

We humans have certain associations with political parties. Sometimes this is another association my program got after reading the party program. There are two reasons for this: first of all, we know exactly what each word means, and what it means in a context. If we read a program for the first time we know exactly what the party means, where our computer has to learn everything about the dutch language from scratch. Second of all, we have more information about the political partys than just their program. Most of us read the newspapers, listen to the news, watching debates, etc instead of reading the program. If we would add more information, this program would be better.

Send me an e-mail!

Are there any similar sites?

After I wrote my program I found this website: http://www.bigdatarepublic.nl/stemradar/ . The difference is that that program only looks at words in each sentence, not at the context of the words.